Pro Evolution Soccer is a football game that is very popular as PES. Pro Evolution Soccer is made ​​by Konami’s famous first through the Playstation platform. PES is available for all platforms, namely Nintendo, Wii, Xbox 360, and PC. Now PES Games for PSP Android ISO already present and can be enjoyed in your favorite Android Device. Actually on this PSP Games Base version is still on the version of PES is far below about PES 2010 or 2012, but because of the many talented developers in renewing and tweaking and making a patch to Update Emulator PPSSPP until the Players from various football clubs would have updated as players who have passed the period – Transfer time players. 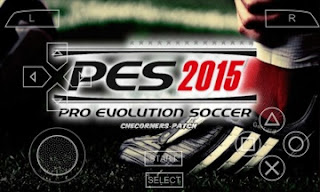 PES 2015 Android PPSSPP Game is big enough that around 371MB and already formatted ISO so you do not need to extract. The installation method is quite simple. You just need to move the files PES015.ISO game to your Android (external sdcard) then the game automatically detected. 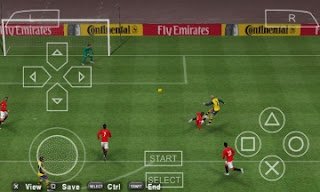 How to Install PES 2015 ISO Version On Android Device
1. Download PES 2015 ISO Data from the link above
2. Download and Install PPSSPP Gold from the above link
3. Move PES2015.iso that you downloaded to SDCard >> PSP >> GAME 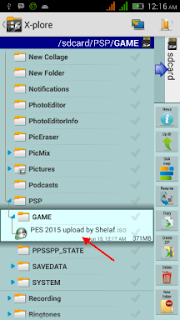 4. Open PPSSPP Gold that you installed and Find Games, then tap PES 2015

Now you can start Play the game, and enjoy!